Lorna Smith, OBE, was the Executive Director of BVI Finance. She is also the founder and Chief Executive Officer of LGS and Associates. Ms. Smith has more than three decades of experience at the highest levels of the public service in the British Virgin Islands. Over the course of her senior-level service, Ms. Smith developed extensive relationships with leaders from the business community, international NGO’s and government leaders from around the world.

Ms. Smith was the lead consultant in the negotiations of Tax Information Exchange Agreements with fourteen OECD countries on behalf of the Turks and Caicos Islands and Anguilla. She was also retained by the World Bank and thereafter the Commonwealth Secretariat to assist Member States of the Organisation of Eastern Caribbean States (OECS) in meeting the international tax standard set by the OECD which they did with her assistance.

Ms. Smith was assigned to promote the territory’s interests in Asia by establishing BVI Asia House in Hong Kong. Previously she served as the first BVI Director of the London Office - the equivalent of a Diplomatic Mission.

A dynamic and engaging speaker, Ms. Smith regularly undertakes various speaking engagements. She is a regular speaker at conferences on financial services related matters as well as a contributor to various publications in the same area.

Ms. Smith was the first Director of BVI International Finance Centre - now called BVI Finance - which is charged with promoting the BVI Financial Services. Ms. Smith worked in close collaboration with the private sector, mounting promotional events world wide in funds, captive insurance, corporate business and trusts. Today, the BVI is recognized as one of the best regulated jurisdictions and a premier centre for international business. 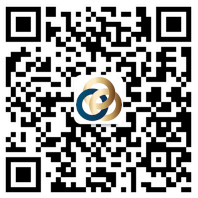